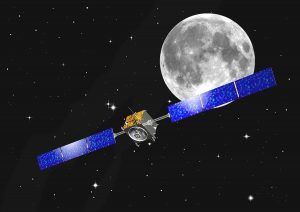 SMART-1 is the first European space shuttle that travelled and orbited around the Moon. This is the first mission of the ESA Small Mission for Advanced Research in Technology programme, for advanced research in technology. It used solar-electric propulsion to travel to the Moon, carrying a set of miniaturized instruments onboard. As well as experimenting new technologies SMART-1 analysed the chemical elements of the lunar surface, providing key data to study the theory according to which the Moon was formed after the violent collision of a smaller planet with Earth, 4 and a half million years ago. Launched on September 27th, 2009, SMART-1 arrived in the lunar orbit on November 15th, 2004. After reaching its scientific goals, the mission ended on September 3rd, 2006.

The main objective of the mission was searching for evidence of lunar water ice and building a three-dimensional map of the lunar surface.

The Minister: this is how we build the European strategic autonomy END_OF_DOCUMENT_TOKEN_TO_BE_REPLACED

A new picture by the ASI hyperspectral satellite END_OF_DOCUMENT_TOKEN_TO_BE_REPLACED

A leading role for our country, with the Italian space sector guided by the Italian Space Agency END_OF_DOCUMENT_TOKEN_TO_BE_REPLACED