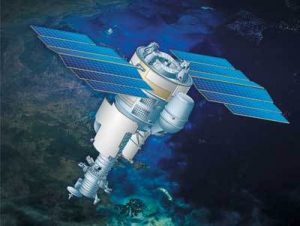 The PAMELA instrument was installed aboard the TsSKB-Progress (Russia) RESURS DK1 satellite and, on June 15th, 2006, was placed into orbit at an altitude ranging from 350 to 600 kms, through a Soyuz-class launcher.

The main scientific goal of the PAMELA mission was searching for evidence of exotic matter, that is non baryonic matter which is not included in the Standard Model of elementary particles physics, and antinuclei.

Other important scientific goals were studying the dependence from energy of the half-life of cosmic rays in our galaxy and the transportation and secondary production models of cosmic radiation in the Milky Way and monitoring long-term solar activity.

After providing the PAMELA instrument to be installed on the satellite, Italy’s main contribution was data reception from the Resusr DK1 satellite, data analysis and communication and disclosure of the results.

On Friday 15 July, the first detailed study on this "New Year's Burst" was published in the Astrophysical Journal, using data acquired by the AGILE satellite END_OF_DOCUMENT_TOKEN_TO_BE_REPLACED