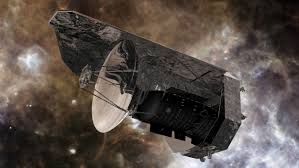 Herschel is a cornerstone mission of the ESA scientific programme, which planned the put into orbit of a 3.5 diameter telescope operating in the far infrared and submillimetre range. Three instruments were mounted on the focal plane, with which it was possible to obtain broadband images and carry out high-resolution spectroscopic measurements: the PACS spectrometer, the SPIRE spectrometer and the HIFI detection system.

The lift-off of Herschel happened in May 2009, along with the satellite Planck. After the launch, the two satellites separated to reach the L2 Lagrange point, 1.5 million km away from Earth, where they carried out the respective observation programmes

Herschel was the ESA first astronomic space observatory for astronomic observations in the submillimetre and far infrared range. The main goal was investigating the formation and evolution of galaxies in the Universe and observing the internal part of star formation regions.

The Italian involvement in the mission includes the manufacturing of the Digital Processing Units (DPUs) and the on-board software of the three instruments, the manufacturing of the optical part of the HIFI’s Wide Band Spectrometer, the laboratory calibration of PACS’ spectrometer, the participation in three Instrument Control Centers (ICCs) and in the preparation of the observation programme and data analysis procedures. The activities were coordinated by the INAF/IFSI in Rome.

On Friday 15 July, the first detailed study on this "New Year's Burst" was published in the Astrophysical Journal, using data acquired by the AGILE satellite END_OF_DOCUMENT_TOKEN_TO_BE_REPLACED