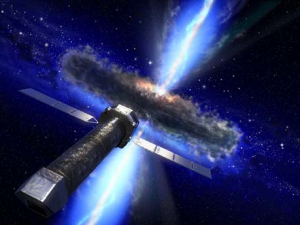 ATHENA, the large-scale X-ray space observatory, sees Italian research institutions in the front line, in particular the National Institute for Astrophysics (INAF), with over 200 scientists and technologists involved in the programme. An acronym for Advanced Telescope for High Energy Astrophysics, it’s the second ESA large-class mission, and it will be the great, next-generation X-ray astrophysics observatory, with expected launch in 2030. It will give Europe the leadership in the industry.

ATHENA will detect the formation and evolution of the most energetic and warmest existing sources, such as plasma contained in the filamentous structure of dark matter shaping the Universe, black holes, gamma-ray bursts and sources of gravitational waves, until the times when the first supermassive stars originated.

To explore the deep Universe through X-rays, ATHENA will be equipped with extremely advanced on-board instruments, combining a large-area telescope with two focal plane instruments. The main instrument is the X-IFU, the first X-ray Integral Field Unit, based on cryogenic microcalorimeters with an extremely advanced energy resolution and a good imaging capability and accompanied by a wide-field WFI (Wide-Field Imager) instrument for sky surveys.

The Italian community has a key role as regards both the scientific part and the instruments of the mission, supported by the Italian Space Agency.

On Friday 15 July, the first detailed study on this "New Year's Burst" was published in the Astrophysical Journal, using data acquired by the AGILE satellite END_OF_DOCUMENT_TOKEN_TO_BE_REPLACED