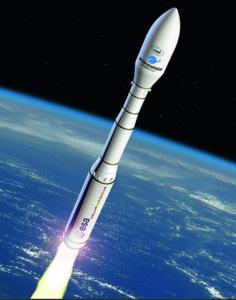 Vega C is the evolution of the current Vega launcher and is designed to increase its payload up to 2200 kg in low terrestrial orbit.

Vega C represents the evolution of the current Vega. The launcher is designed to increase its payload up to 2200 kg in low terrestrial orbit. The first qualification flight took place on 13 July 2022. The vector will be capable of offering better performance and a more competitive cost compared to its predecessor, thanks to a better efficiency in the production processes.

Vega C will be able to meet the requirements of the satellites’ radar market (Sar) which is becoming more and more important due to all the applications related to it. Vega C will be even more flexible and versatile compared to its predecessor. The market related to this vector will shift from 50% to 90% of LEO satellites, and it will be possible to manage a significant part of them by taking advantage of the multiple launch capacity.

In this view, the current Payload Adapter Vespa will be used in missions where multiple launches are scheduled or to host CubeSat and MicroSat in its internal platform. Furthermore, a new Payload Adapter, the Vampire, is in development stage and will allow to orbit a main payload and other lower-size payloads.

On Friday 15 July, the first detailed study on this "New Year's Burst" was published in the Astrophysical Journal, using data acquired by the AGILE satellite END_OF_DOCUMENT_TOKEN_TO_BE_REPLACED