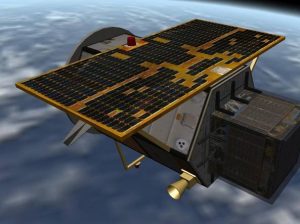 After the success of the BeppoSAX mission, the ASI decided to carry out a new national mission aimed at studying the high-energy Universe: AGILE, Light Imager for Gamma-ray Astrophysics, was launched on April 23rd, 2007 from the Indian base of Sriharikota.

The heart of the mission is a new-generation gamma-ray detector, a natural consequence of the evolution of detectors for experiments in the field of elementary particle physics, a result of the cooperation between different labs working on space activities and particle physics.

The Italian scientific community in the field of gamma-ray astronomy has gained strong experience over the last thirty years, starting from the manufacturing of satellites such as COS-B and Beppo Sax and the several participations in national and international projects that so far have been studying the high-energy Universe, obtaining important results but without providing all the expected responses, for example, on the origin of cosmic gamma-ray bursts, unidentified sources within the galactic disk and active galactic nuclei.

The acquired expertise led both the ASI and the scientific community not only to the Agile national mission, but also to important cooperations such as Swift, an American satellite specifically designed to search for gamma-ray bursts, and FERMI.

Despite their diversity, all the detected cosmic sources – black holes that emit X-rays and gamma photons by attracting matter, rapidly-rotating neutron stars (pulsars) that irradiate collimated beams of gamma-rays, actual “cosmic lighthouses”, huge black holes in active galaxies that produce highly-energetic “bursts” of matter and radiation, objects that are still mysterious and produce the most energetic explosions ever detected so far by man (cosmic gamma-ray bursts) – share the same physical processes of gamma-ray emission: the properties of such emissions (trend over time curves of emissions, energy spectra, timing properties) provide valuable information, often being the only information available, to disclose the mechanisms operating within distant, and otherwise inaccessible, cosmic sources.

AGILE is capable of detecting gamma-ray sources with an excellent resolution and analysing data quickly; it provides results that can be quickly spread to the scientific community. AGILE already produced significant results on several fronts, that helped to broaden significantly our knowledge of high-energy Universe.

First of all, it acquired the complete map of the sky observed in gamma-ray radiations. Furthermore, it explored our Galaxy, detecting several galactic sources which are subject to extremely fast changes (lasting 1-2 days) and frequent episodes of “spasmodic” X-ray emissions, coming from several neutron stars and black holes.

Subsequently, the satellite detected huge explosions caused by the neutron star rapidly rotating around its axis at the centre of the Crab Nebula, one of the brightest sources in the sky in the X-ray and gamma-ray spectrum. The Crab Nebula has a pulsar at its centre, which transfers energy to the gas in the inner part through a strong wind made up of electromagnetic waves and particles.

The excellent record of the satellite in the last few years earned it the Bruno Rossi Award, the most prestigious and desired international award in the field of high-energy astrophysics, in 2012.

AGILE’s scientific instrument (a cube of about 60 cm size and a weight of about 85 kg) is made up of two detectors, capable of producing “images” by using silicon detector technology. Gamma-rays (whose energy levels range between 30 meV and 30 GeV) are detected by a “gamma-ray tracker”, which converts photons into pairs of loaded particles (electrons and positrons) and then detects the tracks of such particles, allowing to reconstruct the direction of the incident gamma-ray photon.

“Super AGILE” is an imaging detector placed on top of the gamma-ray tracker; it operates within the hard X-ray energy band (15-45 keV) and allows an extremely accurate localisation of cosmic sources. The scientific instrument is completed by the “Mini-Calorimeter”, an anticoincidence system and an on-board data management system.

The distinctive trait of AGILE is in fact the combination of two imaging detectors, operating simultaneously within the hard X-ray and gamma-ray energy bands and blended into a single instrument with strong scientific skills. 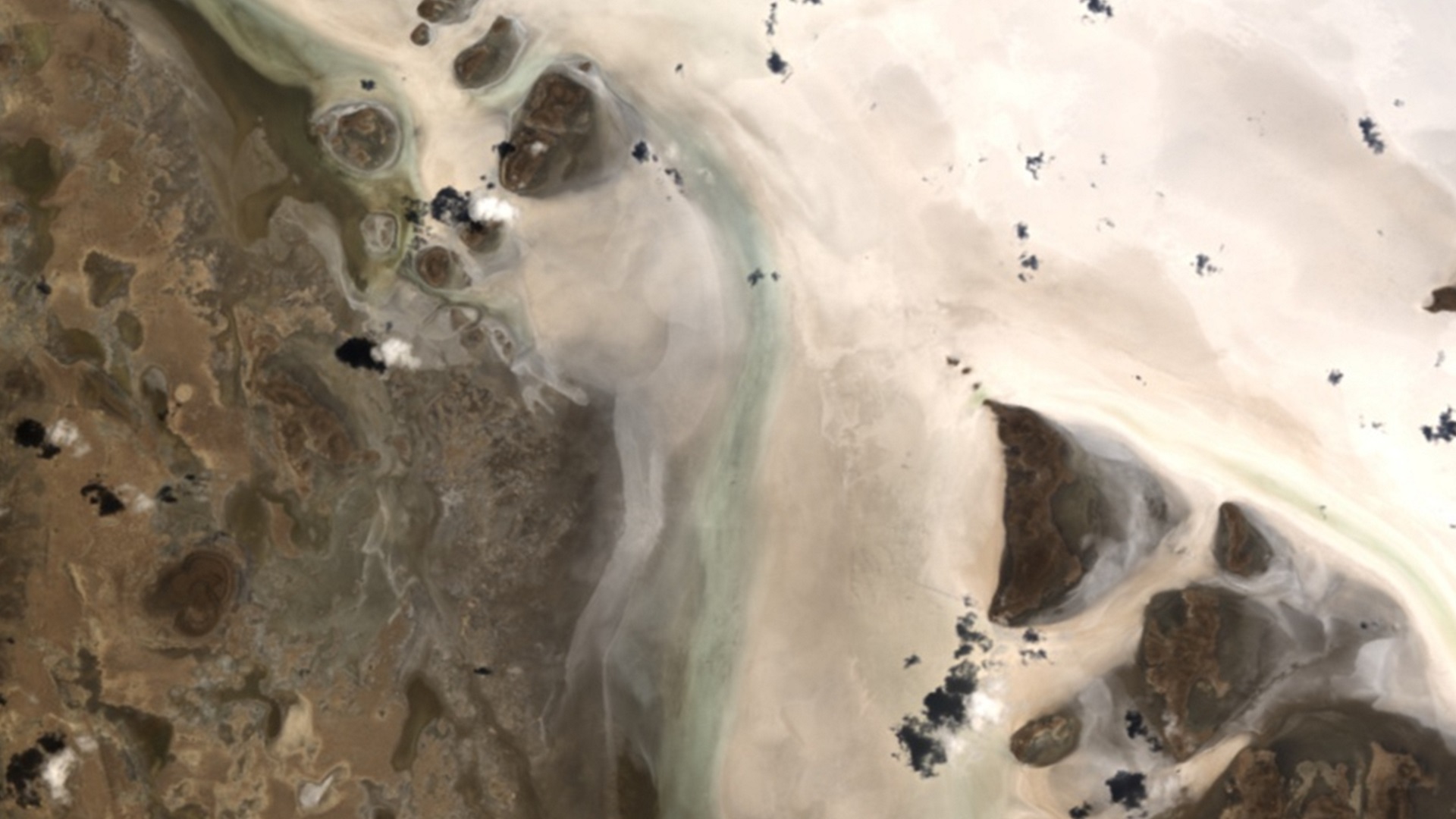 The Salar landscapes as seen by PRISMA END_OF_DOCUMENT_TOKEN_TO_BE_REPLACED 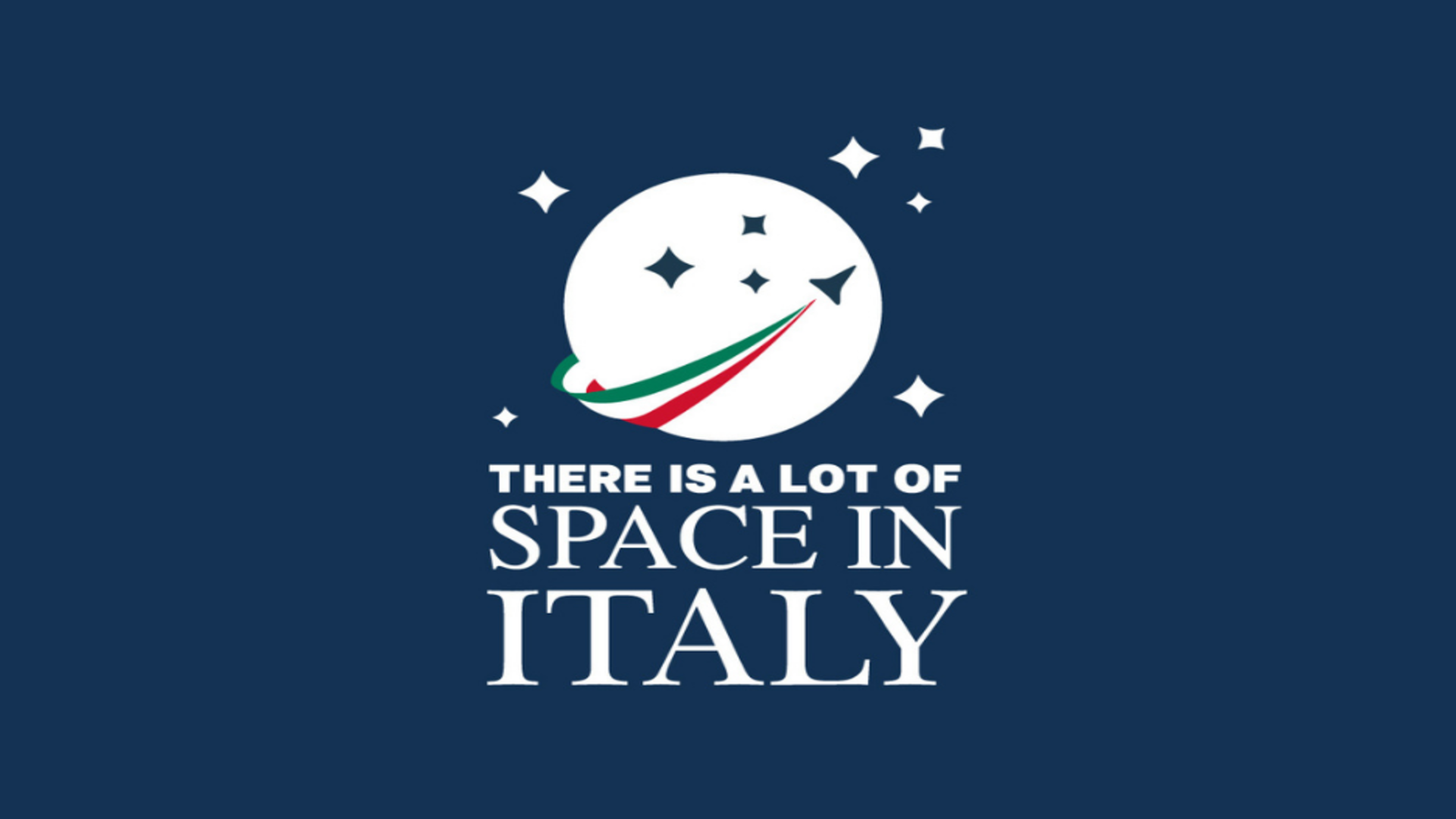 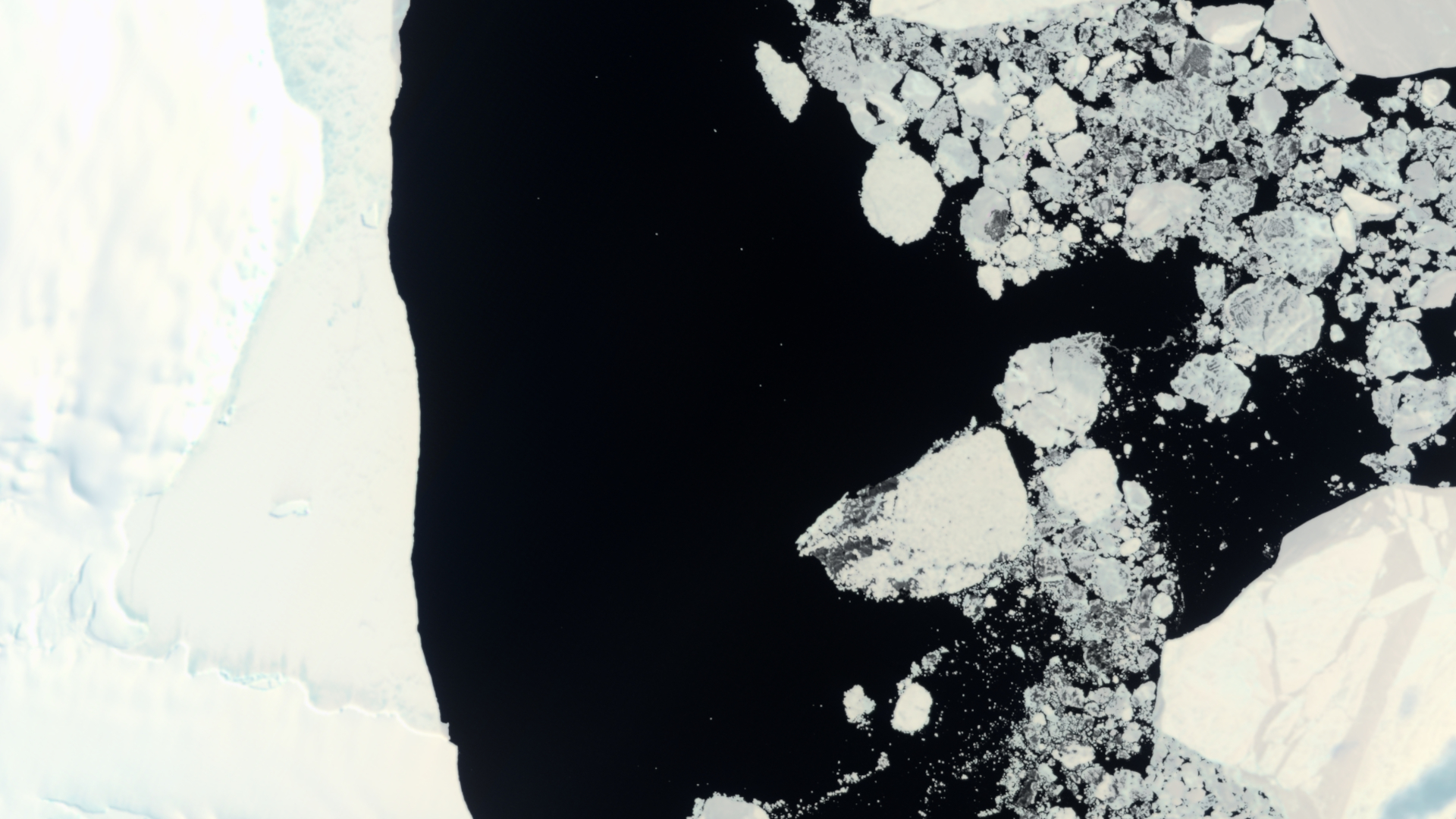 Ice reservoirs as seen by the hyperspectral satellite END_OF_DOCUMENT_TOKEN_TO_BE_REPLACED 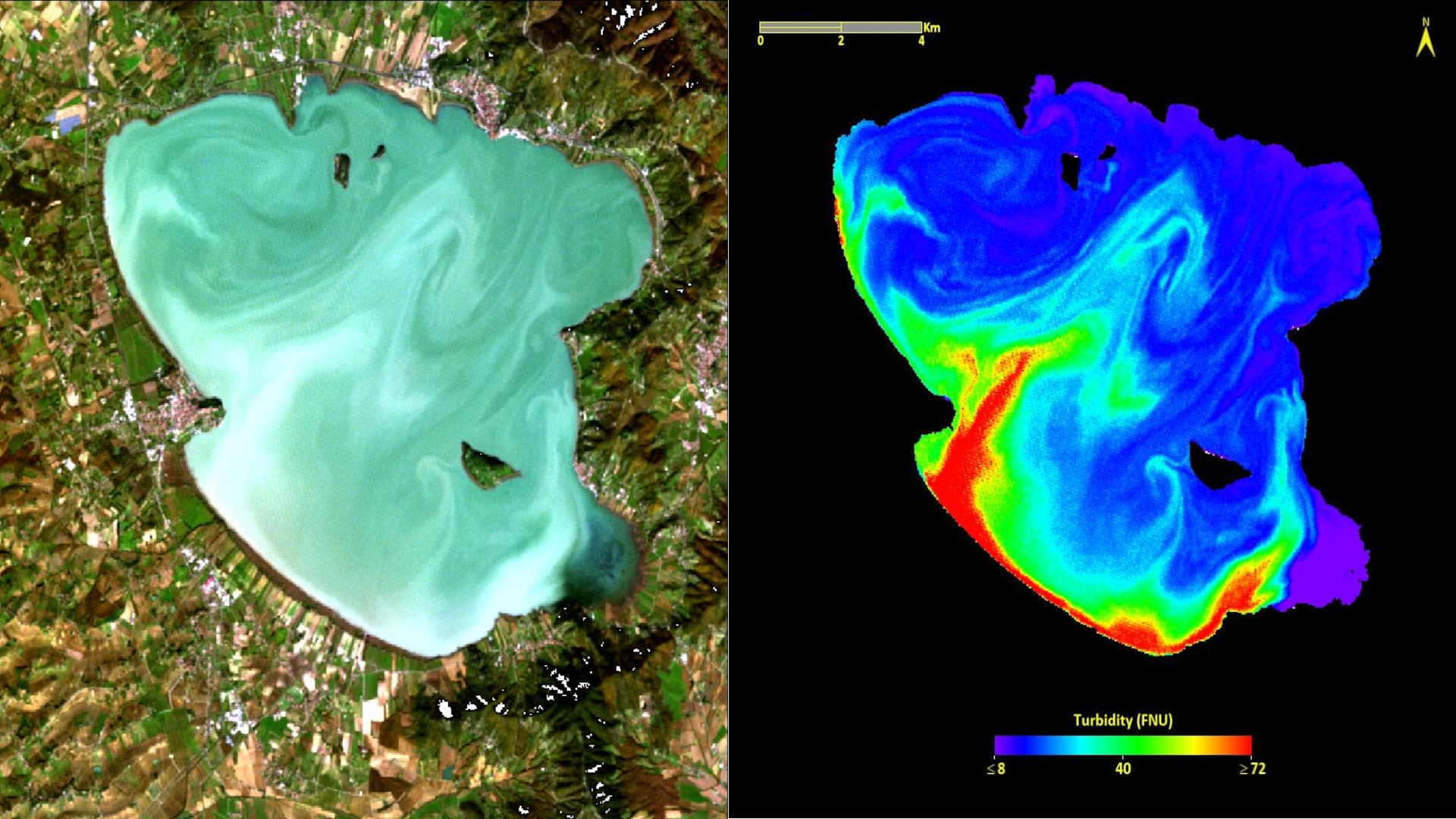 The lake as seen by the hyperspectral satellite END_OF_DOCUMENT_TOKEN_TO_BE_REPLACED 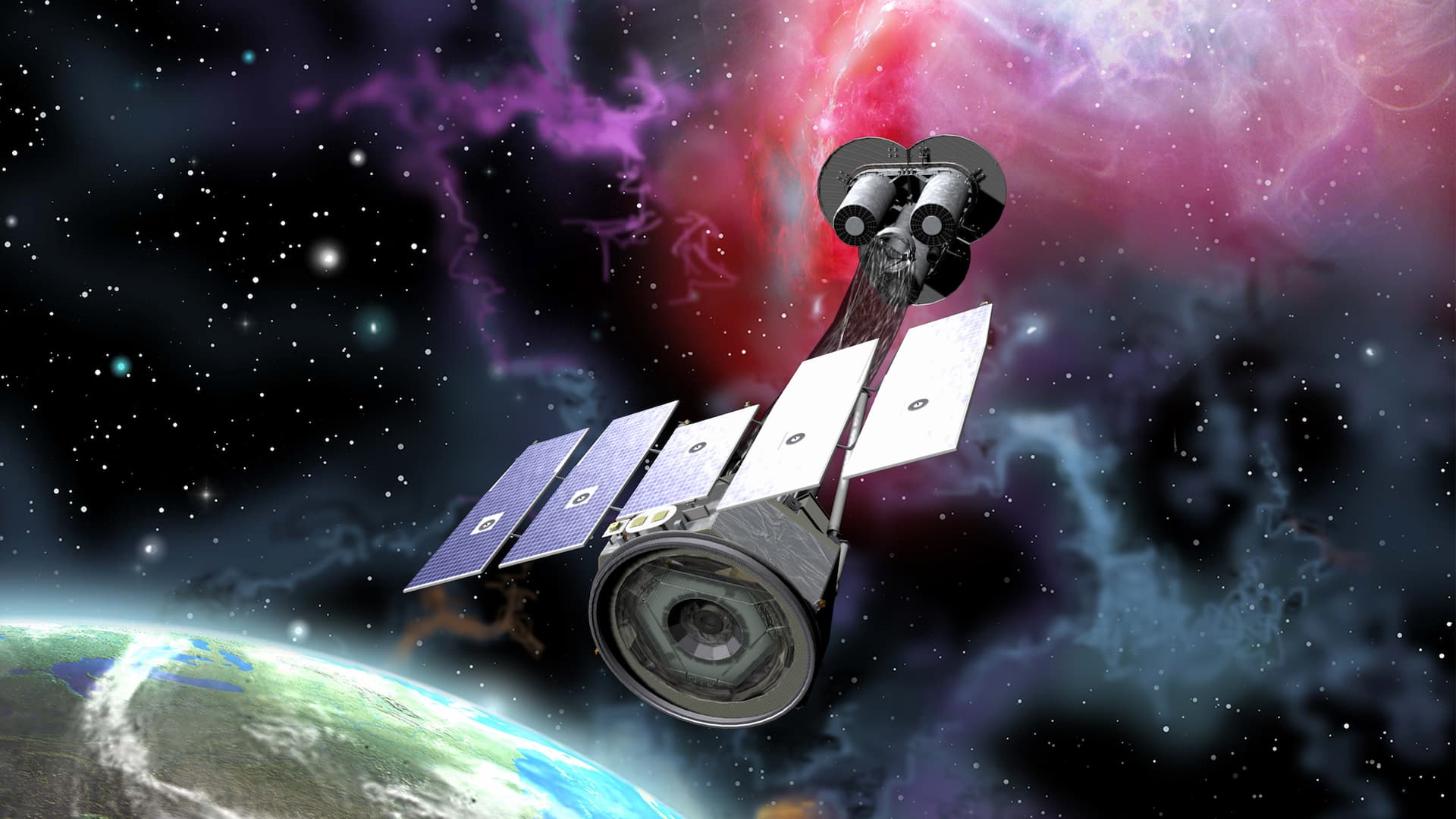 The space telescope, with three important, made in Italy instruments aboard, was launched at dawn. It will conduct studies based on X-ray polarimetry END_OF_DOCUMENT_TOKEN_TO_BE_REPLACED