The Italian Space Agency and the company Argotec have released the first pictures taken by LICIACube, the only satellite involved in the NASA’s planetary defense mission, DART

Here come the first, historical images captured by the LEIA and LUKE cameras aboard LICIACube, in the first Italian mission in the deep space, during the approach stages in preparation for the fly-by, when LICIACube will be the only witness of the impact between the DART probe and Dimorphos. 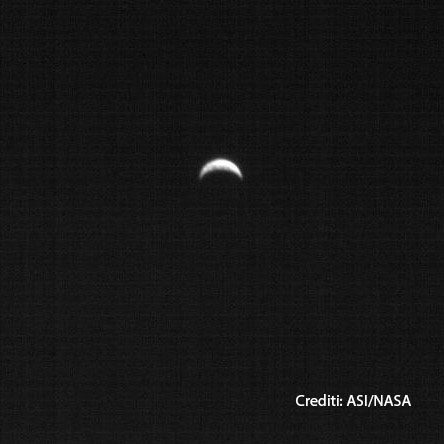 The evocative image taken by the LEIA camera aboard LICIACube, which reminds us of the historical “Earthrise” captured by William Anders during the Apollo 8 mission

The images depict a “growing” Earth (above) and the Pleiades (below). 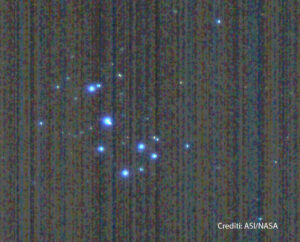 The image captured by the LUKE onboard camera

A small, big record was born from these images. In fact, these are the first photos taken by an Italian satellite from 14 million kilometers away. An Italian mission had never travelled that far.

The ASI LICIACube satellite, created in the Argotec’s laboratories in Turin, is just at the beginning of its mission. In the next few days, it will get ready to conduct a maneuver that has never been attempted before. The ASI and Argotec engineers are ready for the final stages of this historical mission.

The Minister: this is how we build the European strategic autonomy END_OF_DOCUMENT_TOKEN_TO_BE_REPLACED

Focus on the next Italian edition END_OF_DOCUMENT_TOKEN_TO_BE_REPLACED