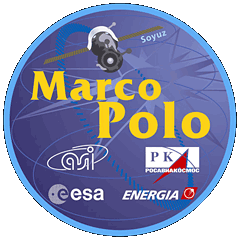 The mission, promoted by the Italian Space Agency and known as Marco Polo, took place from April 25th to May 1st, 2002; it was a so-called “taxi flight”, aimed at carrying a new Soyuz to the International Space Station.

In fact, every six months the shuttle operating as a lifeboat had to be replaced. But the flight also had scientific goals. The ESA astronaut Roberto Vittori was aboard, with the task of conducting four experiments all based on microgravity: the BMI test to study blood pressure and providing vital information on the impact of space environment on the organism. CHIRO, to measure the holding force exerted by hands and fingers while catching objects in the absence of gravity; ALTEINO, to study the cosmic particles crossing the Station and the bodies of the same astronauts. Finally, VEST: samples of special dresses to be worn and tried on.

A leading role for our country, with the Italian space sector guided by the Italian Space Agency END_OF_DOCUMENT_TOKEN_TO_BE_REPLACED

The astronaut concludes the Minerva mission after almost six months aboard the space outpost. Watch the video on ASITV END_OF_DOCUMENT_TOKEN_TO_BE_REPLACED

Samantha has become the first European woman to take the lead of the space outpost. The video is available on ASITV END_OF_DOCUMENT_TOKEN_TO_BE_REPLACED