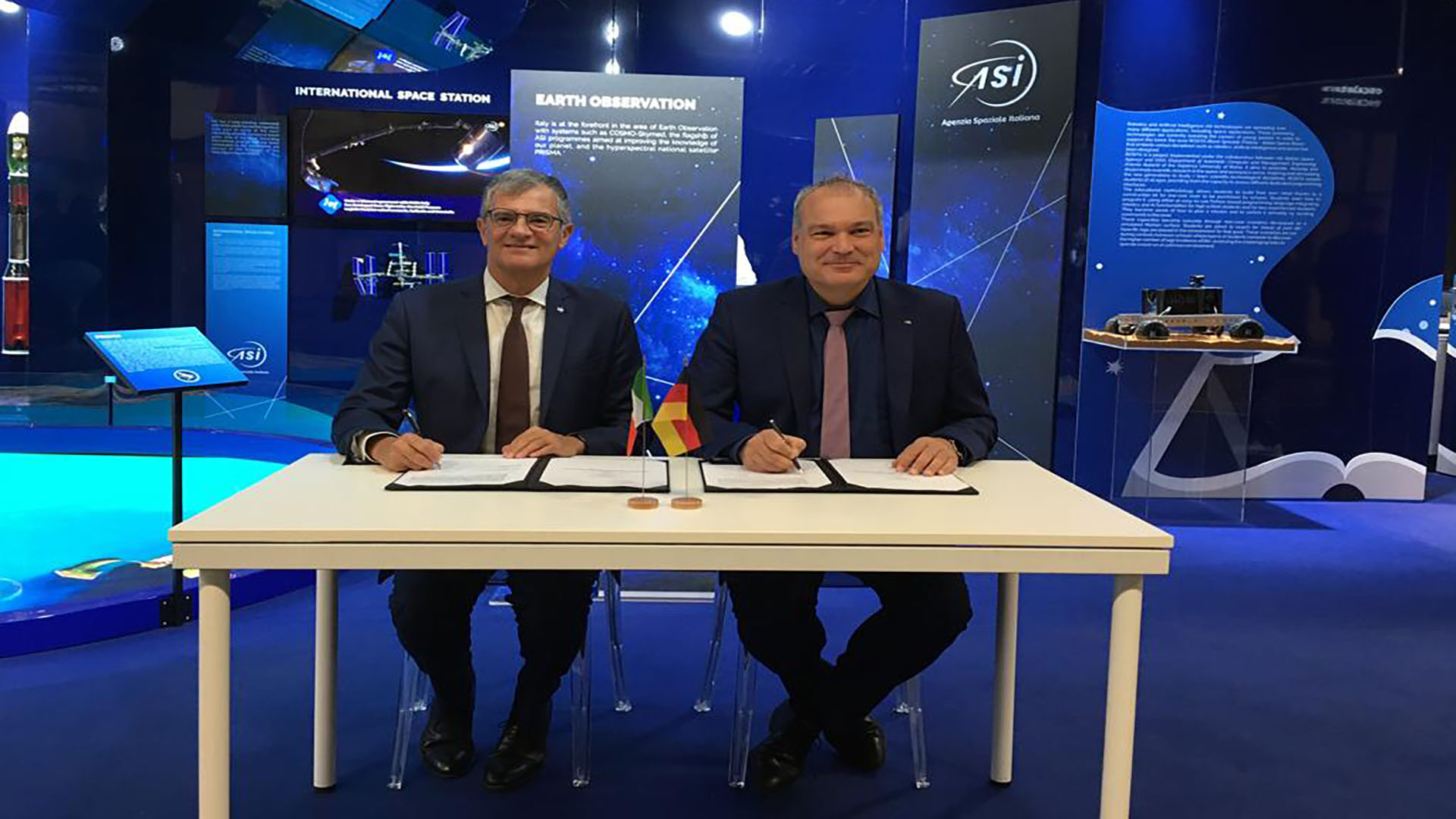 The agreement has been signed the president of the Italian Space Agency, Giorgio Saccoccia, and the director of the German Space Agency (DLR), Walther Pelzer

Italy and Germany strengthen their cooperation in the field of hyperspectral Earth observation missions. Today, in the context of the 73rd IAC, International Astronautical Congress, which is currently taking place in Paris, an implementation agreement has been signed between the Italian Space Agency (ASI) and the German Space Agency Deutsches Zentrum für Luft und Raumfahrt (DLR), represented respectively by the president of the ASI, Giorgio Saccoccia, and the director of the German Space Agency (DLR), Walther Pelzer. The agreement between the two agencies follows the framework partnership agreement in the field of space activities, signed by the parties in 2007.

In the context of the agreement, the agencies commit to provide visibility on the activities and results in the field of Earth observation applications based on hyperspectral data, and to support the joint organization and participation in workshops, educational and informative events to increase the knowledge of the capabilities of the PRISMA and EnMAP missions.

Therefore, the partnership between the ASI and the DLR will allow to strengthen the synergies between the two missions, by performing communal tasks to support the evolution of the hyperspectral space imaging technologies.

Watch the replay of the press conference on ASITV END_OF_DOCUMENT_TOKEN_TO_BE_REPLACED