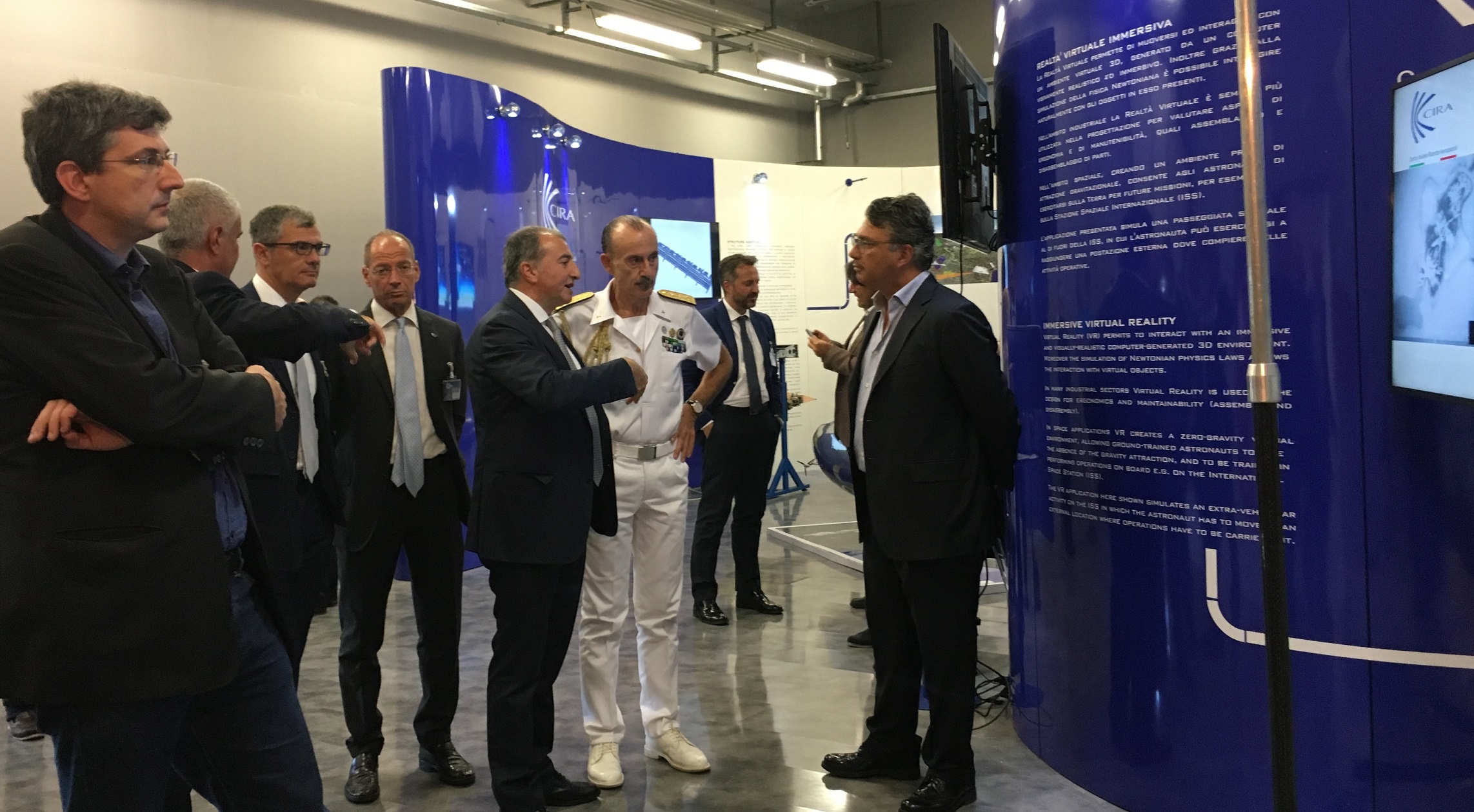 During the meeting, which testifies to the great attention that the Government and Interministerial Committee put on CIRA, the national vocation of the Center was enhanced, in a positioning at the service of Europe in the international context, with the mission to operate transversely with all the regional districts.

The human capital, the competences and the research and experimentation infrastructures of CIRA must be fully exploited and must be of support to the Government so that it can participate in the most important international working groups aiming in the aerospace field, as well as on a competitive industrial production, even on quality scientific and technological research focused on leading sectors for the country.

Recognizing the multiple potential of the Center in many sectors, both in aeronautics and space, the expressed and common goal is that CIRA will become more and more a reference point in the field of research for national aerospace companies. To this end, contacts and collaborations have been initiated with the industrial partners of the Center in order to better identify the factors of competitiveness and the real needs of private individuals, essential elements of the final refinement of the PRORA update proposal.

Watch the replay of the press conference on ASITV END_OF_DOCUMENT_TOKEN_TO_BE_REPLACED