Advanced version of the dual system for Earth observation 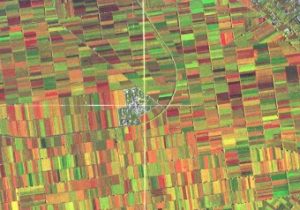 The second-generation COSMO-SkyMed satellites (CSG), same as the first-generation satellites, are designed for Earth observation and are equipped with state of the art technologies and engineering solutions, which will further enhance the Italian leadership in this industry and promote the expansion of international strategic partnerships.

The new constellation will be made up of two satellites, whose launch is scheduled from the base in Kourou, French Guyana; their journey to space will begin aboard a Soyuz and Vega C carrier.  The launches should take place by 2019 for the CSG-1 and by 2020 for its twin; the satellites will be placed in a sun-synchronous orbit at an altitude of 619 km from Earth.

This second-generation system, including its ground-based infrastructures, will further increase the performance level of the space devices for radar observation, in terms of precision, quality of the image and flexibility. The two new satellites will be equipped with a synthetic aperture radar (SAR), capable of carrying out observations in every weather and lighting condition.

Same as the four first-generation satellites, launched between June 7th 2007 and November 5th 2010 from the American base of Vandenberg, California, also the second-generation satellites are defined as a dual system (civil and military), designed to meet the needs of commercial and government customers, as well as the scientific community.

The COSMO-SkyMed programme, funded by the Italian Space Agency in partnership with the Ministry of Defense, is the result of the Italian space industry’s skills, with Leonardo and its joint ventures, Thales Alenia Space and Telespazio, supported by a significant number of small and medium-sized enterprises.

Picture above: the plain of Fucino (L’Aquila) - COSMO-SkyMed © ASI, distributed and processed by e-GEOS

A unique innovation becomes a reality available to Users END_OF_DOCUMENT_TOKEN_TO_BE_REPLACED

The Prisma Mission opens to the community ‣

Now that the commissioning phase and the calibration/validation activities have been completed PRISMA is finally ready to open the mission exploitation by the user community. END_OF_DOCUMENT_TOKEN_TO_BE_REPLACED

Astronomical forces such as solid Earth’s tides play an active role on plate tectonics: this is the results of a research conducted by the Sapienza University of Rome, the Italian Space Agency (ASI) and the Istituto Nazionale di Geofisica e Vulcanologia (INGV). END_OF_DOCUMENT_TOKEN_TO_BE_REPLACED