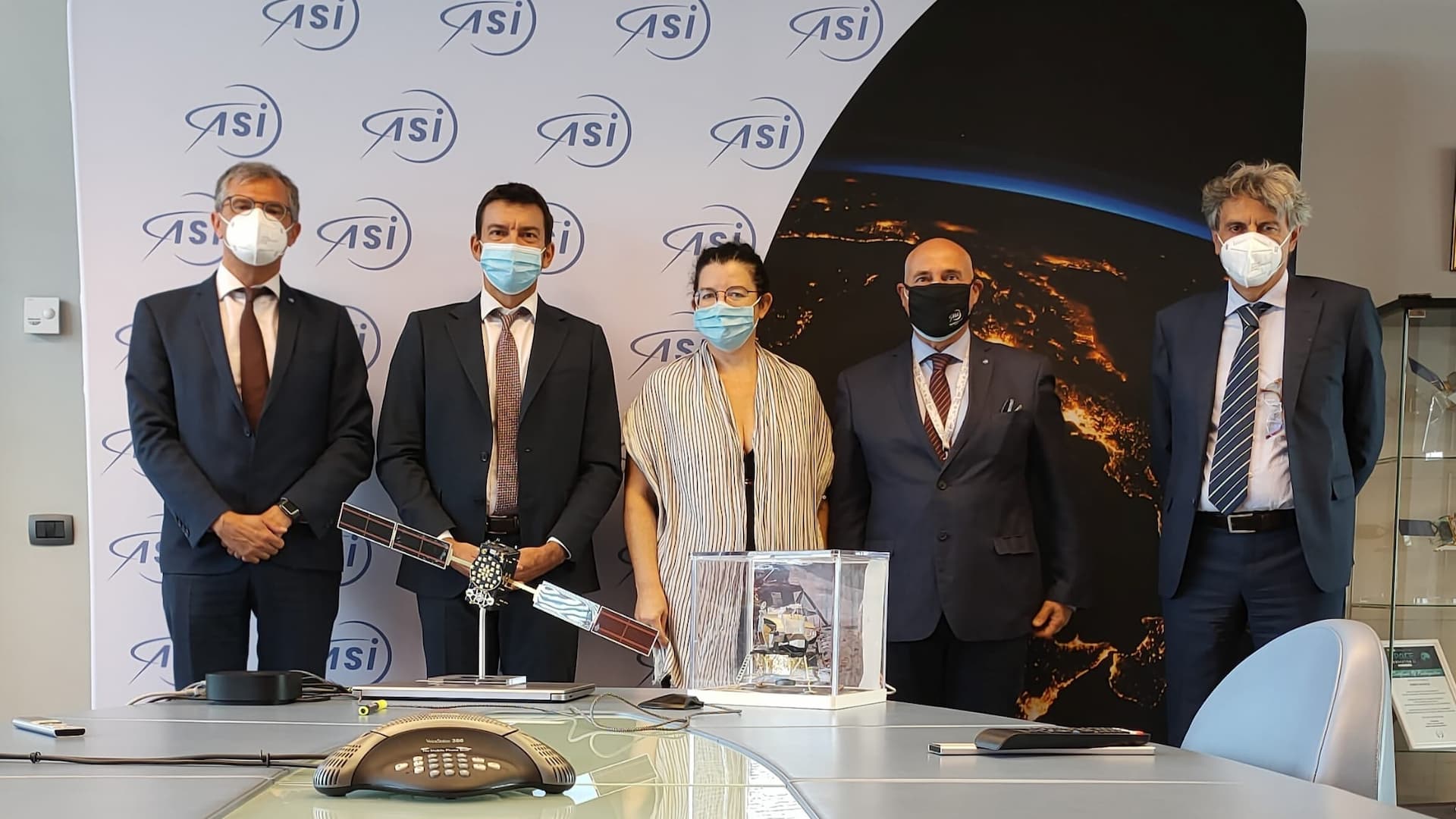 The project NEIL (Navigation Early Investigation on Lunar surface) will experiment satellite-based positioning on the lunar surface. The project is at the center of an agreement between the Italian Space Agency (ASI) and NASA, linked to the CLPS 19-D mission (NASA’s Commercial Lunar Payload Service, Task Order 19) in which the US Space Agency is planning to land to the “Mare Crisium” basin of the Moon in 2023. The NEIL payload, subject matter of the contract signed between ASI and Qascom Srl, will be integrated into the experimentation called Lunar GNSS Receiver Experiment (LuGRE), an ASI/NASA cooperation framework with the objective to develop activities in lunar and cislunar environments.

For the first time in history, the positioning based on GPS and Galileo signals will be tested at almost 400.000 km distance from Earth. This is the first experiment of its kind considering that the previous limit was experimented by NASA at a distance of approximately 200.000 km. The mission, in addition to the NEIL payload, will also bring to the Moon other 9 scientific experiments. Planned in 2023, it is foreseen to be launched with Falcon 9 of Space X.

Under this contract, Qascom will develop and provide to ASI a dual-frequency and double constellation GNSS (Global Navigation Satellite System) receiver, as well as the entire radiofrequency chain (antenna, LNA, filters), capable to support the extreme environmental conditions of the Moon. NEIL will be integrated on the NASA’s Blue Ghost lunar lander in 2022. The GPS and Galileo signals received from NEIL will be extremely weak due to the distance from Earth, and therefore will be processed with specific algorithms allowing to calculate position and time, even if with reduced accuracy, both during the Moon transfer orbit and on its surface.

This experiment is of strategic importance for Italy, since it will bring our technology to the Moon surface. It contributes to strengthen the competitiveness of the Italian space sector and consolidates the strong collaboration between the Italian Space Agency and NASA in the satellite navigation segment as well as in the future Moon and Mars missions.

NEIL provides also an important technical and scientific contribution to study how GPS and Galileo could be used for positioning and timing in future Moon missions, including for example the deployment of lunar satellite constellations, lunar rovers, the lunar space station Gateway and the infrastructures that are going to be developed in the frame of Artemis programs. The raw measurement collected will be used by the research community to study the lunar and cislunar environment and evaluate the future use of GNSS to support permanent missions.

The meeting between the G20 space agencies and the international organizations was opened by the Minister of Technological Innovation and Digital Transition with mandate for space affairs, Vittorio Colao, and the ASI president, Giorgio Saccoccia END_OF_DOCUMENT_TOKEN_TO_BE_REPLACED

A meeting between G20 space agencies, international space organizations and industries to raise awareness among the community of the twenty leaders on the importance of the contribution of the Space Economy to the global economy END_OF_DOCUMENT_TOKEN_TO_BE_REPLACED

EXPO 2020 DUBAI: THE MEMORANDUM OF UNDERSTANDING BETWEEN THE ITALIAN PAVILION AND THE ITALIAN SPACE AGENCY HAS BEEN PRESENTED ‣

THE UNDERSECRETARY TO THE PRESIDENCY OF THE COUNCIL, BRUNO TABACCI, VISITS THE ASI ‣