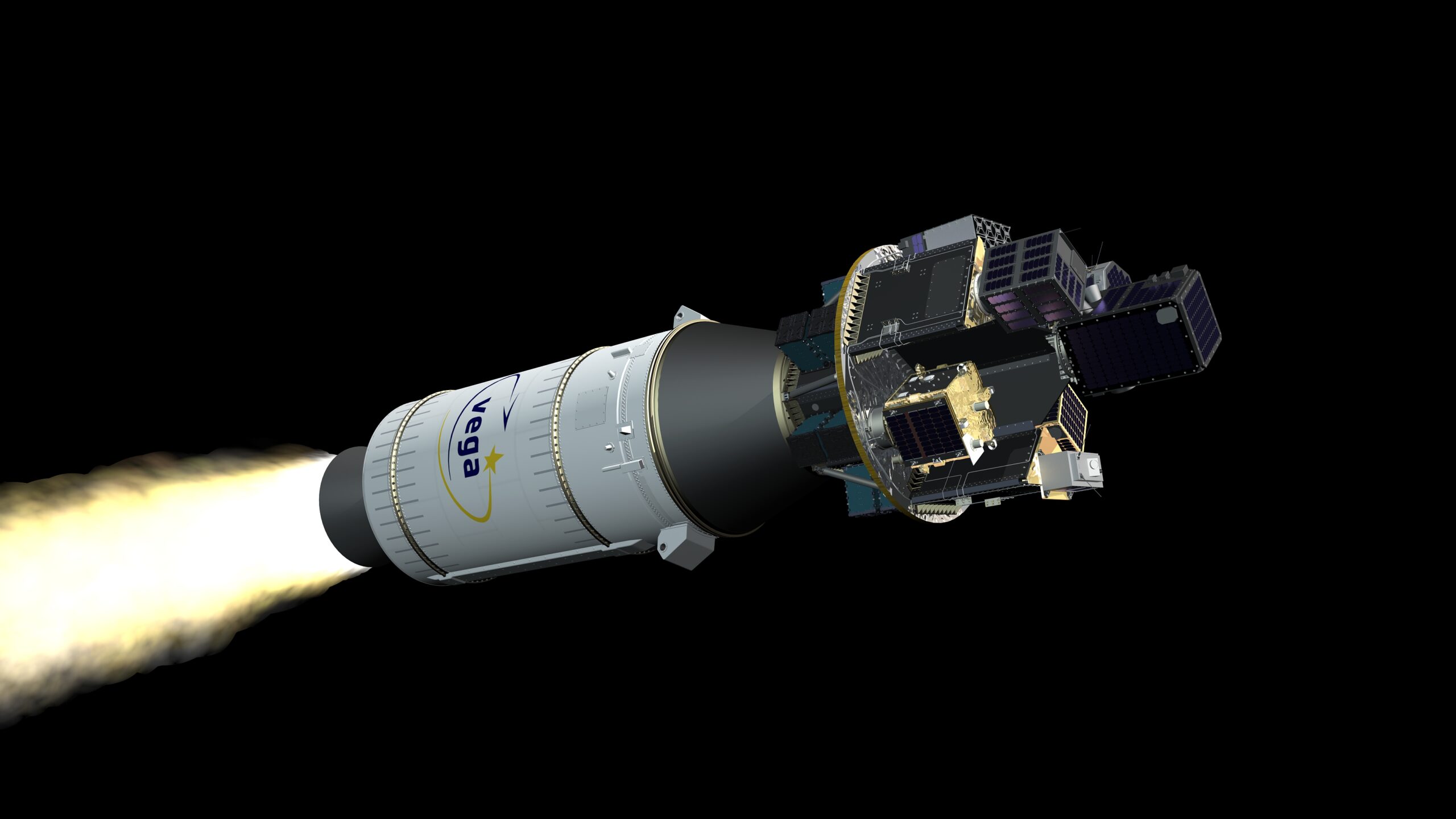 Launched from the space centre in Kourou, French Guyana, it released into orbit 53 small satellites belonging to 21 different companies from 13 different countries.

After a few postponements, the European VEGA carrier, manufactured in Italy for the VV16 mission, was properly launched at 3:51 AM, Italian time. VEGA, which was designed and manufactured by the AVIO company in Colleferro, province of Rome, released into space as many as 53 nanosatellites, microsatellites and minisatellites (from 1 to 400 kg), at different orbital altitudes, for the benefit of 21 customers in 13 different countries. This multiple launch represents a record for a carrier from the Old Continent.

Among the other payloads which were released into orbit is also a microgravity laboratory – DIDO3 – which is the result of the cooperation between the Italian Space Agency (ASI) and the Israel Space Agency (ISA), in partnership with the Italian Ministry of Foreign Affairs and International Cooperation (MAECI) and the Israeli Ministry of Science and Technology (MOST). Aboard DIDO-3 are four Italian-Israeli joint experiments in the field of biological and pharmacological research – remotely controlled from ground through a mobile application – which involve, the University of Naples Federico II, the Roma Tre University, the Tor Vergata University of Rome and the University of Bologna.

Take a look at the video clip

«The launch of Vega symbolically represents the resumption of Italy’s space activities after the Covid-19 pandemic lockdown, which have slowed down space production but didn’t stop the creativity and innovation of a a sector that is particularly important for the Italian economy» – says ASI president, Giorgio Saccoccia – «The Italian space sector now is back on track. Vega is a story of great success, 14 successful launches in a row are certainly not to be taken for granted in the field of space transport. Thanks to the SSMS satellite deployment system, Vega is now even more competitive and versatile as it can launch into orbit a huge quantity and variety of small satellites to meet the growing demand of both institutional and commercial users. This testifies, once again, the flexibility of this vehicle that contributes Space into a tool for economic return, which is extremely important in a difficult period such as the current one».

The satellites orbited tonight will be used for different applications, including Earth observation, telecommunications, science, technology and education. The VEGA VV16 mission was successfully concluded 2 hours and 4 minutes after take-off.

The perfect debut of the new SSMS platform, started by the European Space Agency (ESA) with the contribution of the European Commission, will allow to increase Vega’s launch capacity. The manufacturing of the platform is the result of a partnership between Italian and Czech companies, which sees Italy as the first in line. Among the orbited small satellites is another contribution from Italy: ION CubeSat Carrier (In Orbit NOW) - developed by the D-Orbit company. It’s an actual satellite, with a small footprint and a weight of about 150 kg of overall mass, which acts as a CubeSats carrier.

EXPO 2020 DUBAI: THE MEMORANDUM OF UNDERSTANDING BETWEEN THE ITALIAN PAVILION AND THE ITALIAN SPACE AGENCY HAS BEEN PRESENTED ‣

THE UNDERSECRETARY TO THE PRESIDENCY OF THE COUNCIL, BRUNO TABACCI, VISITS THE ASI ‣

ASI and JAXA sign the Memorandum of Cooperation ‣